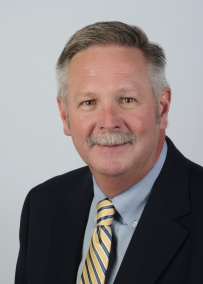 Forrest Boe serves as Director of Minnesota DNR Forestry since 2012. Boe has worked for the DNR in numerous leadership positions for 35 years. As Forestry Division director, Boe oversee a $70 million annual budget and a staff of 350 employees. Boe and his division are responsible for protecting people, property and natural resources from wildfire on 45.5 million acres of land in Minnesota. The division staff works with the forest products industry to provide 30 percent of the industrial wood fiber used in the state. The division also works to prevent disease and insect infestation on forest lands, and offers forest managment assistance and advice to private forest landowners.

Boe began his DNR career in 1983 as a development specialist on the Root River Trail after earming a Bachelor of Science degree in natural resource managment from University of Wisconsin-Stevens Point. In 1986, he became are supervisor for the Trails and Waterways Division in Brainerd. He became the division’s regional manager working out of Bemidji in 2001 and division director in 2006. When that division was merged with the Parks Division, Boe was appointed deputy director of the new Parks and Trails Division. He spent 20 years of his career in northern Minnesota with the agency’s former Trails and Waterways Division (Source link).

Kevin R. Dupuis Sr, serves as Chairman of the Fond du Lac Band (FDLB) of Lake Superior Chippewa since his election to that position in 2016. In that capacity, he is committed to improve the lives of the Band’s 4,200 members and the overall community of 7,300 Indian people who rely on the services that are provided by the Band in the region. In addition to serving as Chairman of the FDLB, Mr. Dupuis was, in 2016, also elected to serve as the President of the Minnesota Chippewa Tribe, which is comprised of the FDLB along with five other Chippewa Bands in Minnesota.

Mr. Dupuis has devoted his life to his people and his country. He served in the U.S. Marine Corps for eight years (1982-1990). After completing basic training, he volunteered for Marine Reconnaissance and was first was stationed at Camp Talega Camp Pendleton CA. Thereafter he served as an instructor for ship defense force at the Naval Amphibious Base in Little Creek VA, and later as a reconnaissance instructor at Fort Story VA and then Camp Lejeune NC. He also was deployed overseas. As Mr. Dupuis has stated, “I have been given the greatest honor I believe a man can achieve and that is to lead my brothers in arms.”

Following his honorable discharge in June of 190, Mr. Dupuis returned home to the Fond du Lac Reservation where he has been actively involved in the Fond du Lac community and has studied the Band’s Treaties with the United States, along with tribal law and the principles of Indian law that affect tribal rights and responsibilities.

In 2002, he ran for and was elected to Tribal office, serving as the Secretary/Treasurer of the FDLB for four years (2002-2006). Several years later, he was again elected as a Council member representing the Reservation’s Brookston District (2012-2016). At other times he has worked for the Band’s various business enterprises, as a cement mason and construction foreman, and as part of the security staff for the Band’s gaming enterprises. For several years he also worked on an oil rig in North Dakota. Through all his work, Mr. Dupuis has been guided by the teachings of his Anishinaabe grandfathers: humility (dabaadendiziwin), bravery (aakwa’ode’ewin), honesty (gwekwaadziwin), wisdom (nibwaakaawin), truth (debwewin), and love (zaagidwin).

“Where do we go with what we know about the ecology and management of emerald ash borer?”

Robert Venette serves as Director for the Minnesota Invasive Terrestrial Plants and Pests Center (MITPPC) in College of Food, Agricultural and Natural Resource Sciences, University of Minnesota (UMN) since 2015. Venette is a research biologist for the USDA Forest Service and adjunct associate professor in the Department of Entomology, UMN. Venette provides intellectual leadership and administrative guidance to ensure the center is focused on with working closely with non-profit and for profit sectors, government and other educational and research organizations in shaping and fostering the center’s research. Venette also support policy making, application, and resource management practices and address the invasive species affecting Minnesota’s forests, prairies, urban landscapes and agricultural ecosystems.

Venette holds a Ph.D in ecology from the University of California-Davis and a B.S. in genetics and cell biology from the University of Minnesota. After working as a postdoctoral research associate at the University of Minnesota, Venette began his career in 1999 as an ecologist in the USDA, Animal and Plant Health Inspection Service, Plant Protection and Quarantine, Center for Plant Health Science and Technology. He later accepted the position of research assistant professor in the entomology department. Since 2004 he has worked as a research biologist for the USDA Forest Sevice located on the UMN St. Paul campus. He also serves as a member of the graduate faculty in entomology, biological sciences and natural resources science and management.

In his career, he’s been awarded nearly $10 million in grants for the study of invasive species that affect trees or agriculture. For nearly 15 years he has served on federal committes with the USDA APHIS. His keynote talk from extensive researches in invasive species risk assessment and control will give participants insights to better manage ash forests threatened by the emerald ash borer (EAB) and post-EAB ash forests. (Source link)